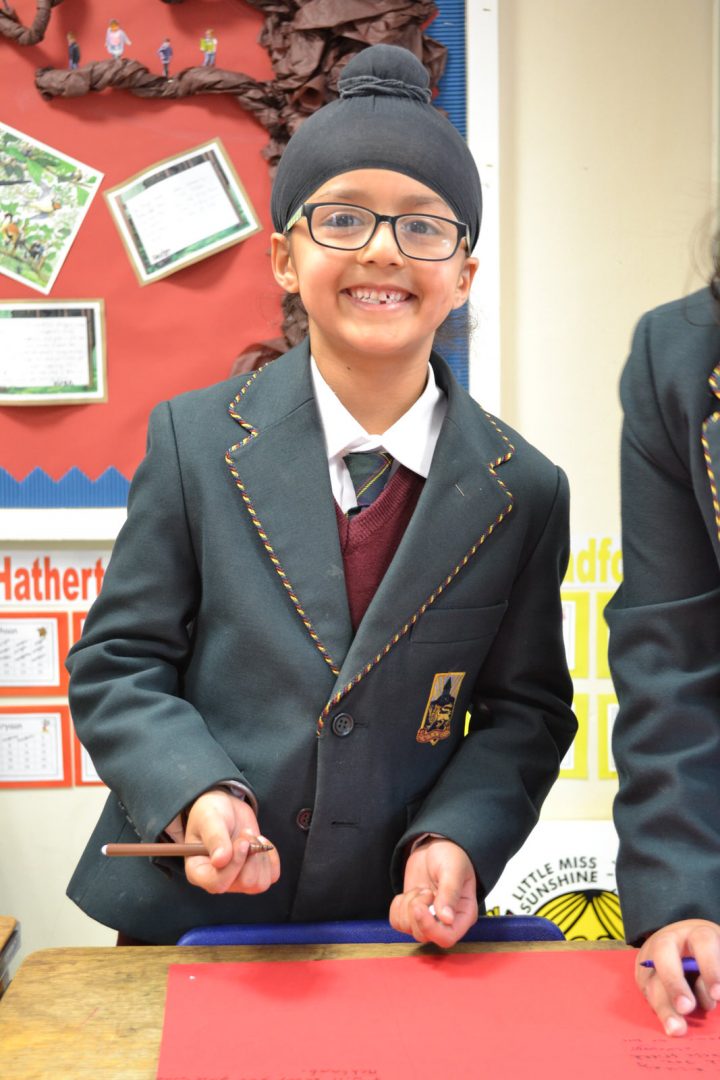 Hydesville Tower School pupil Mehtaab Sidhu is set to see himself on the small screen, after landing a part in BBC2’s The Boy with the Topknot.

Six-year-old Mehtaab plays the part of the main character’s nephew, in the 90-minute one-off short-film being aired tonight (Monday 13th November).  The meaningful drama tells the story of Wolverhampton born Sathnam Sanghera, who grew up in Wolverhampton in the 1980s.

Mehtaab landed the role after responding to a Facebook advert.  And despite not having a speaking part, he appears in a number of scenes throughout the drama, including a scene with Sacha Dhawan who plays the part of Sathnam Sanghera. Mehtaab really enjoyed his debut television appearance.  He said: “It was really good fun, I made lots of new friends and Sacha was really funny!”

The Year 2 pupil took two days off school for the filming which took place in Shirley, Birmingham.  His father, Gurpreet Sidhu, said: “Everyone is really proud of Mehtaab, he really enjoyed working on set and making new friends, he was amazed to see how TV comes together.  We can’t wait to see him on the TV.”

Year 2 teachers, Mrs Taylor and Miss Phillips, added: “Mehtaab is a bright and bubbly member of Year 2. We love to see his enormous smile at school every day. He is a polite young man who always looks out for his peers. He has such a kind and caring nature, he really is a pleasure to teach. We are not surprised he is making his acting debut as he has such a big personality, we know it will shine through. We are looking forward to watching him tonight!”