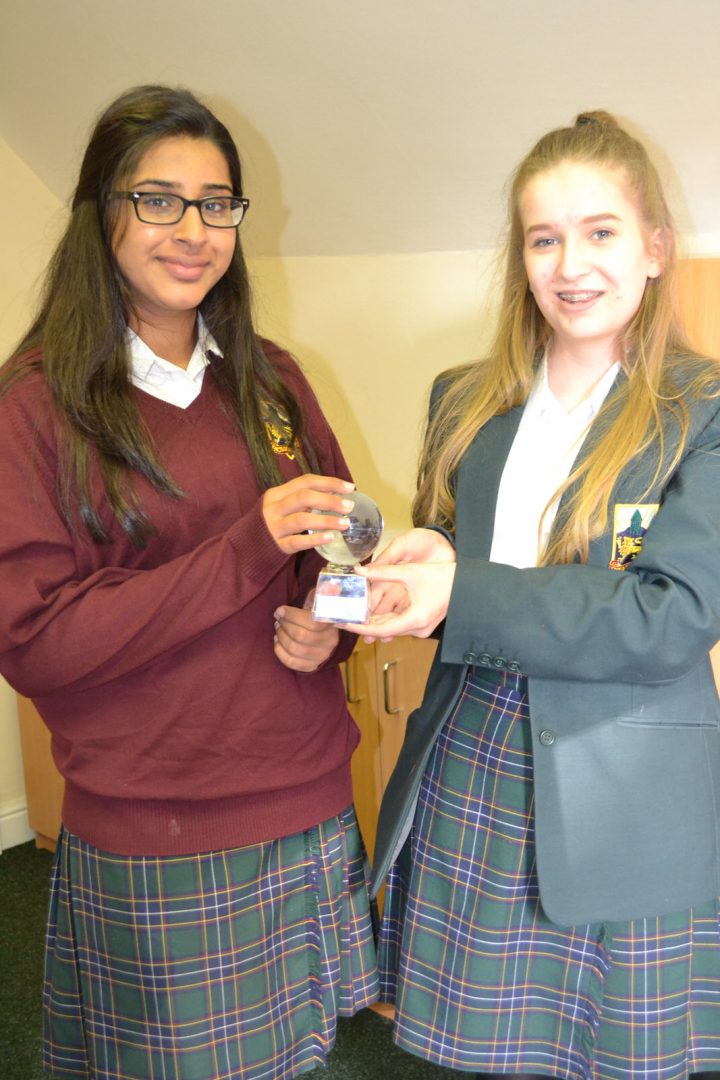 More than 20 pupils from five Cognita Schools across the country met at Akeley Wood Senior School in Buckinghamshire to take part in the competition, where they performed to a panel of judges.  Their brief was to act, recite a poem or sing in a European language or play an instrument or dance to a European song.

The calibre of acts was extremely high and the judging panel had a tough job.  Hydesville GCSE students Eve Sheldon and Devina Kaur stole the show with their rendition of ‘Una Vez Más’ by Ariana Grande and were awarded the title of champions!

The event was organised by Miss Jenkins, Head of MFL at Hydesville.  She said: “We celebrated the European Day of Languages internally in school last year with this style of a competition. It was such a huge success that I wanted to organise the first Cognita event of its kind, involving as many Cognita schools as possible.

“Thank you to Akeley Wood for hosting us and to the other three schools for taking part.  All the pupils performed so well, and it was such a great opportunity to come together and celebrate importance of Modern Foreign Languages in our multi-cultural society and in our global Cognita group.

“All of the Hydesville pupils did us proud – well done to Kai Lindsay-Duffy, Jamal Ngirazi and Emily Mole as well as a special congratulations to Eve and Devina for bringing the trophy home!  We want to further build on the success of this competition next year, hopefully hosting it at Hydesville, once again inviting Cognita schools from the UK, but also inviting colleagues and pupils from Cognita Schools in Spain.”