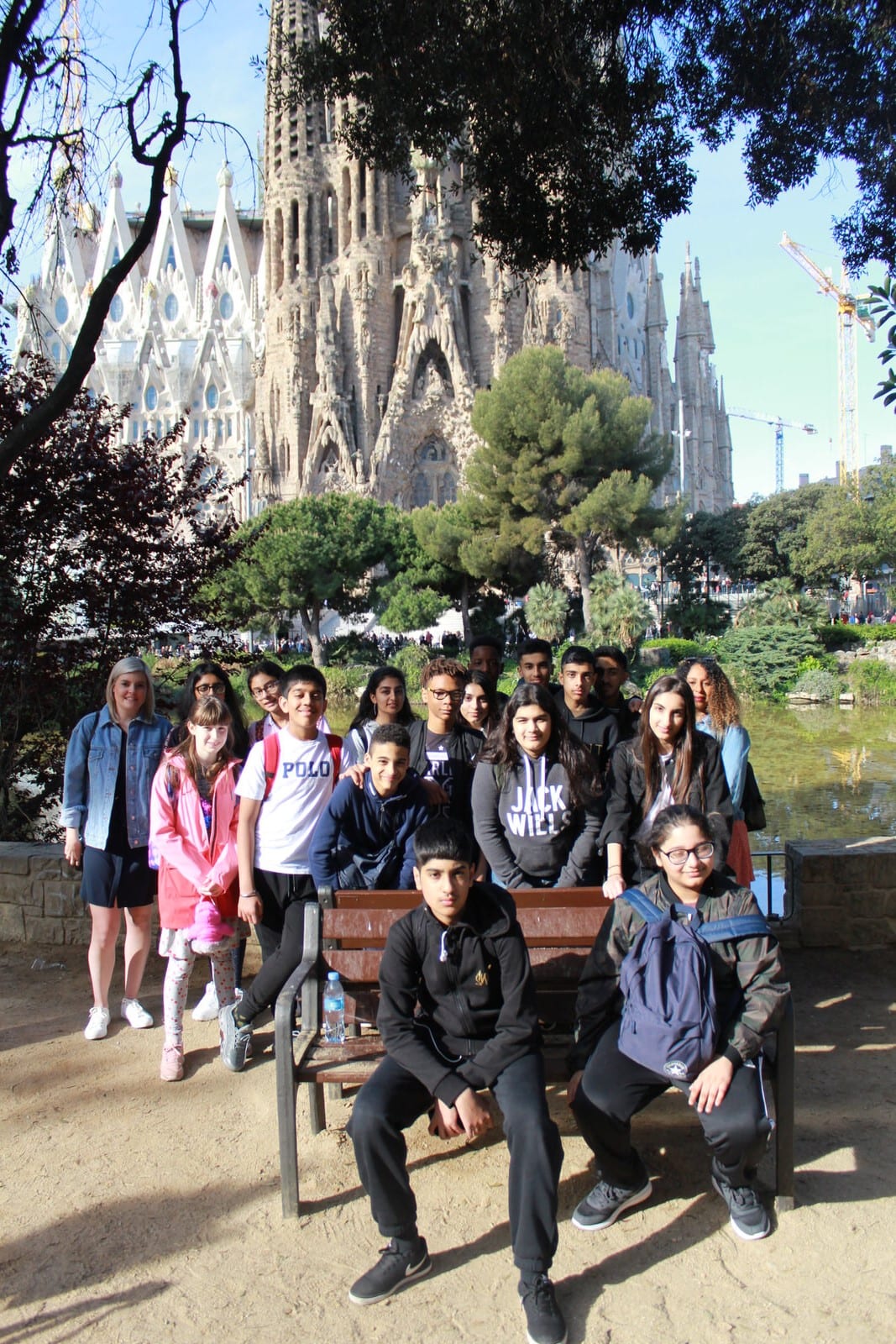 A group of Senior School pupils from Year 7-10 pupils embraced the Spanish culture during an action-packed four-day trip to Barcelona during the Easter holiday.

Pupils had the opportunity to visit famous cultural sites, taste traditional dishes and practise their Spanish.  Pupils were wowed by the Sagrada Familia and were in awe of its spectacular beauty and vibrant stained glass windows.  They continued to admire Gaudi’s art as they visited Parc Guell and its symbolic lizard.  The chance was not missed to visit the Camp Nou stadium which was a highlight for football fans amongst the group.  Pupils were lucky enough to meet their pen pals at the British School of Barcelona. Presentations were given and activities were organised for our pupils, who had the opportunity to work collaboratively with our partner school.