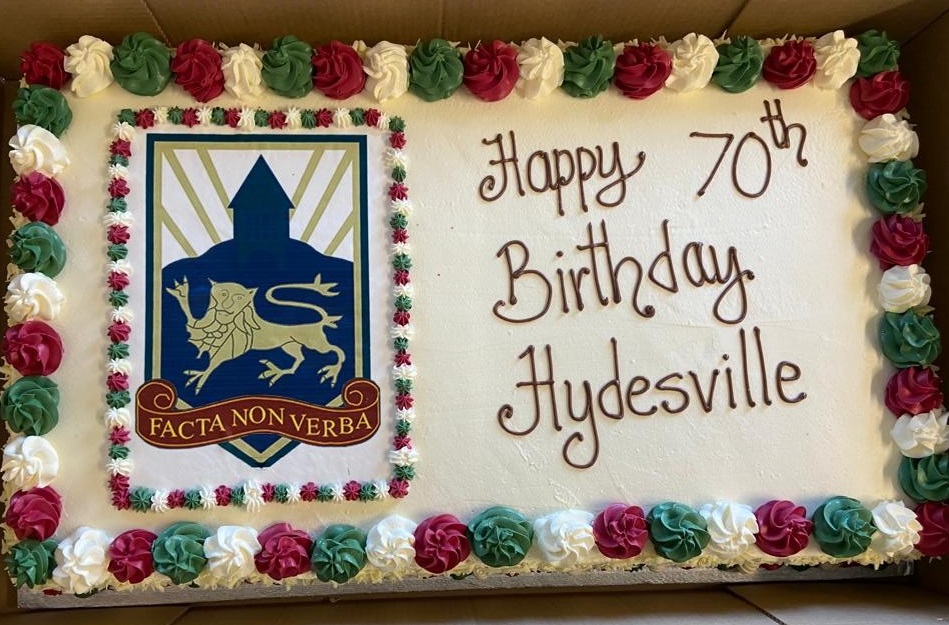 It has been a special day in school as we’ve celebrated Hydesville’s 70th birthday!
Mrs Chand held an assembly for Prep School, where she took us all on Hydesville’s 70 years journey, which started back in 1911 when John Venables, who later became Mayor of Walsall, built a house and named it Hydesville (named after his wife’s birth place).
Fast forward to 1952 and when local woman, Dorothy Bryan, was walking her dog in the Arboretum she spotted an empty mansion called Hydesville. With her mother’s savings and teacher friends she launched her new dream school. Hydesville Tower School opened its doors at 25 Broadway North, Walsall on Tuesday 16th September 1952 with 22 pupils.
We have certainly grown over the years, occupying more buildings and have a pupil roll of 317! It’s lovely to see some of the original features still in place, and our staff and pupils are all very proud of the traditions we still hold today.
Turning 70 is no mean feat and we are proud of all we have achieved over the decades.
Happy birthday to us…and here’s to the next 70 years!