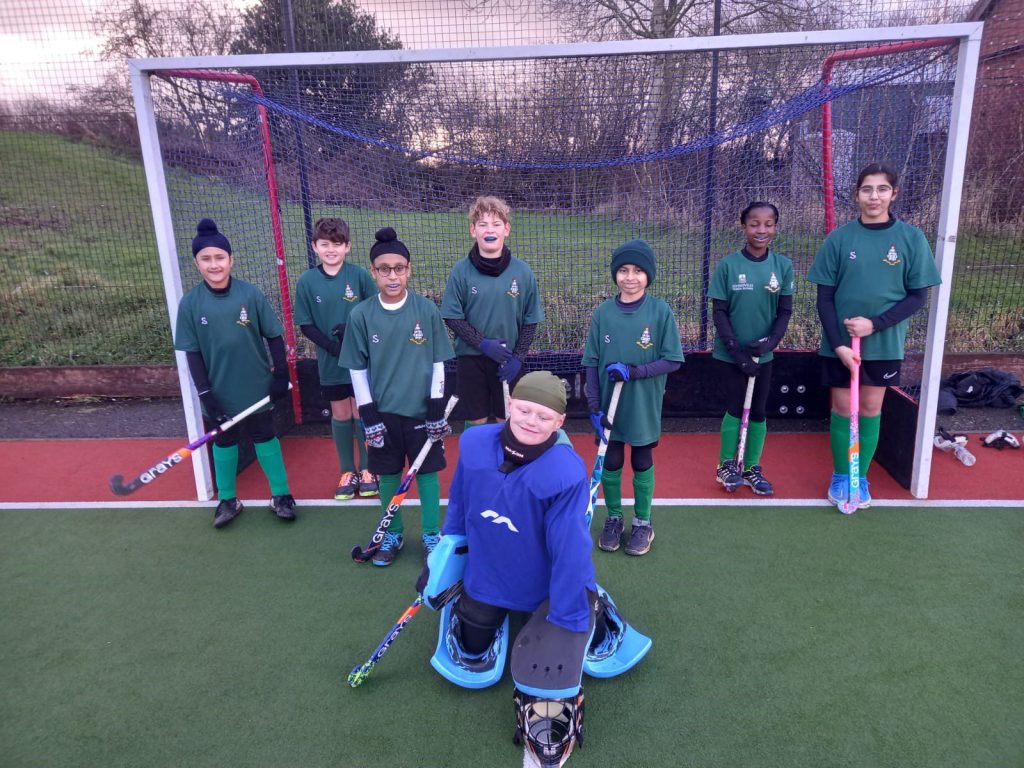 A huge well done to our Prep School pupils who represented Wednesbury Hockey Club in the under 8 and under 12 team at the Lichfield hockey tournament yesterday.

In the Wednesbury HC U8 team, Hydesville was represented by Yusuf (Y4), Reuben and Kadii (Y3).   The team won all of their six matches!

In Wednesbury’s U12 team was Kairon (Y5), Gursim, Adam, Jasveer, Avaran (Year 6). The team played really well despite the bitterly cold wind and driving rain!  They won two games, drew three and only lost one.

Wednesbury’s team coach, Eddie Johnson, said “It was great to see the children stepping up from after-school hockey sessions, and putting into practice all they have been learning.  It was a strong performance from both teams.”

Great work, Team Hydesville, well done you to all!