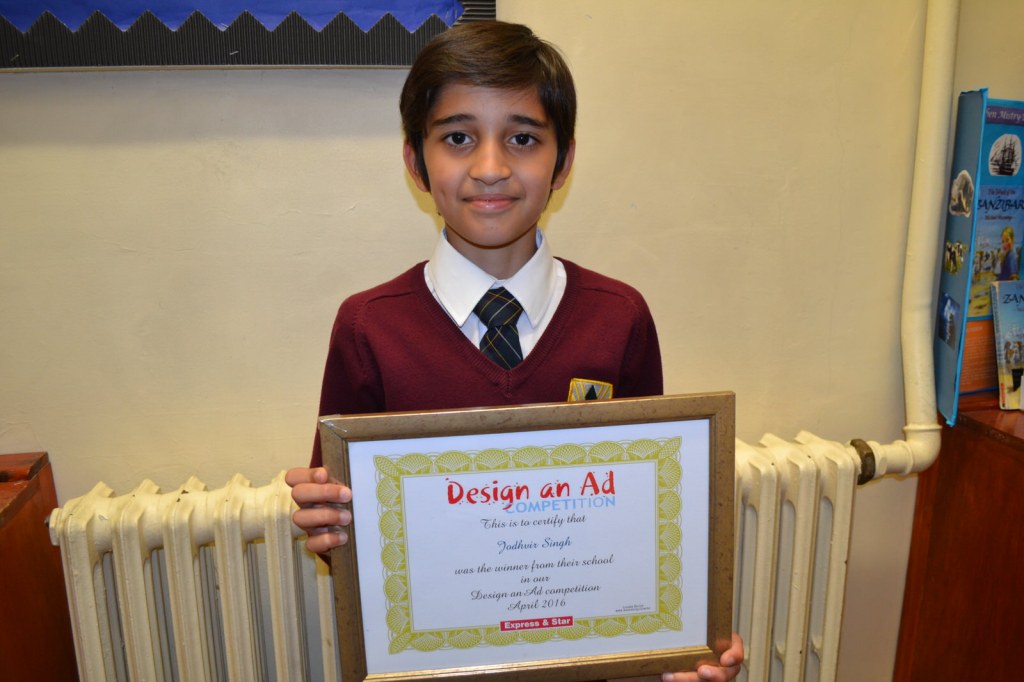 Congratulations to Jodhvir Singh in Year 5 who has won the third place prize in the Express & Star newspaper’s ‘Design an Ad’ competition.

All children in Prep School were asked to enter the annual competition and were set a brief to design an advert for a local equestrian company, Equi-Trek. Jodhvir was selected as the winner from Hydesville by Richard Rawnsley, the owner of Equi-Trek.  Richard was particularly impressed that Jodhvir’s design shows to customers that Equi-trek want horses and customer to be happy and smiling all the way!

The competition was open to pupils from local schools who were set individual briefs from different companies from across the region and Jodhvir was delighted to be awarded the third prize at a glittering ceremony held in Wolverhampton.