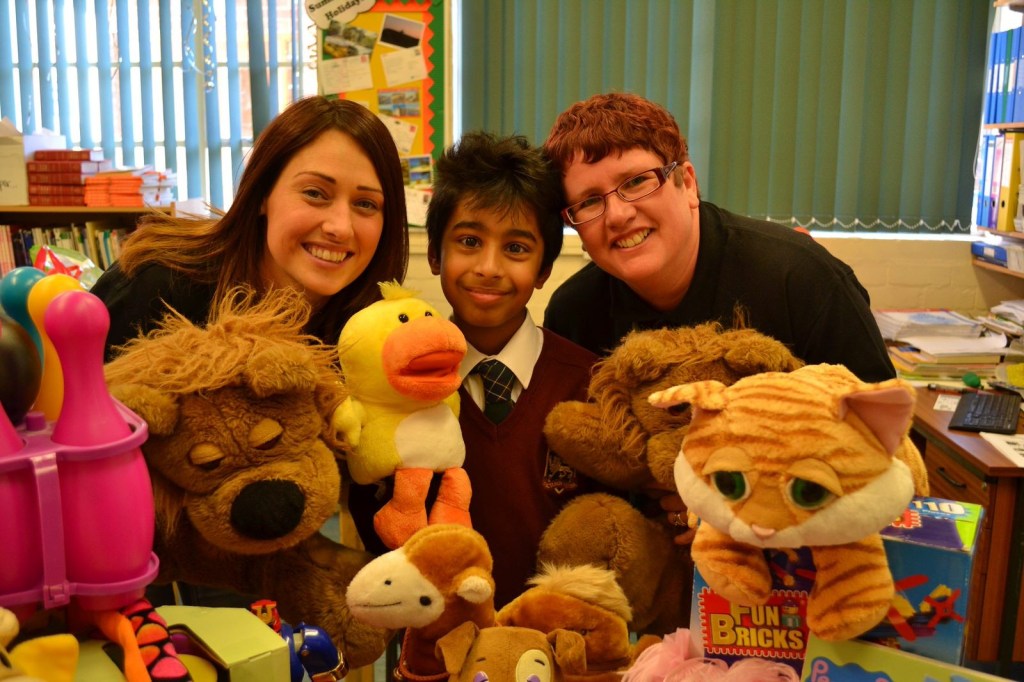 Kind hearted children from across the school have donated more than one hundred unwanted toys to give to a local charity.

The idea came from Year 4 pupil Aiden Dass.  He announced his idea in a school assembly just before the half term break and since then has been inundated with donations.

In just three weeks eight year old Aiden has managed to collect a range of toys – including everything from books to cuddly camels – from pupils in the nursery, prep and senior schools.  He’s donated them to the West Bromwich branch of children’s charity Barnardo’s.

Aiden said: “I wanted to do something kind for children that aren’t as lucky as me.  Some children don’t have lots of toys or games to play with.  I hope that we make lots of children happy with our gifts.”

Samantha Berry, Early Years and Outreach Lead from Barnardo’s West Bromwich North Children’s Centre Cluster added: “We are sincerely grateful to all the staff and pupils at Hydesville Tower School who have been so very generous with their donations.”

The collection of toys will be re-distributed to local children who visit the charity’s children’s centres.